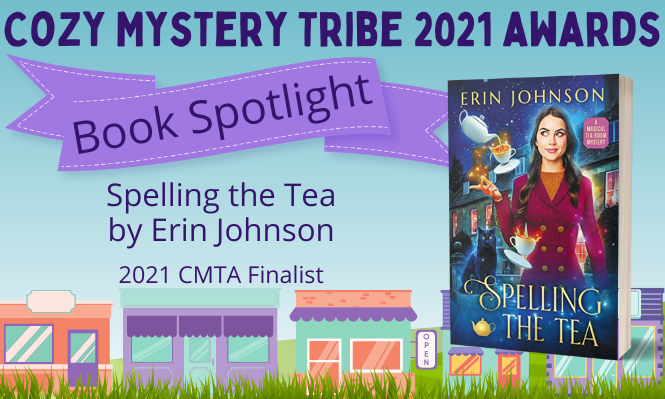 See how Spelling the Tea did in the
2021 Indie Cozy Mystery Tribe Awards!

Behind the Writing of Spelling the Tea

Tell us about the background for the theme, what inspired it or why you wanted to write in this setting, or with play with these tropes?

Spelling the Tea takes place in Bath, England, a city I absolutely love. I’ve been lucky enough to visit a couple of times, and am fascinated by the ancient Roman Baths. That inspired me to have Minnie’s magical powers be linked to the enchanted water there. I also love Jane Austen, and on my second visit attended a Jane Austen Ball, complete with a Regency gown and dancing. It was the best and I drew from that experience for Fitz, the vampire who’s stuck in his Regency ways.

Tell us about character traits that were fun or hard for you to include in the book.

Both Minnie and Fitz have been feeling stuck and are suddenly forced to change, something I’m sure we can all relate to on some level, so I really enjoyed that. Minnie is going through a divorce at a young age and suddenly has to figure out where she wants to live and what she’s going to do with her life. She embraces new experiences as a way to figure it out. Fitz on the other hand, is about to lose his beloved tea room and is digging his heels in, still stuck in the Regency era, when he was changed into a vampire. It’s been fun to explore how they can both relate to each other, but react very differently to similar circumstances.

Which scene, character or plotline changed the most from first draft to published book?

The killer was originally a different character altogether! As I continued writing though, a new character sprung up, took center stage, and ultimately turned out to be the murderer. It’s always kind of fun when I manage to trick myself, ha ha! And it actually made the story so much better and the mystery much more difficult to solve. Also, really early on, I planned on Minnie having to disguise herself as a man to get hired at the all-male tea room, but scrapped that plot line on the suggestion of my editor. Another good call!
Facebook Amazon
Read Now 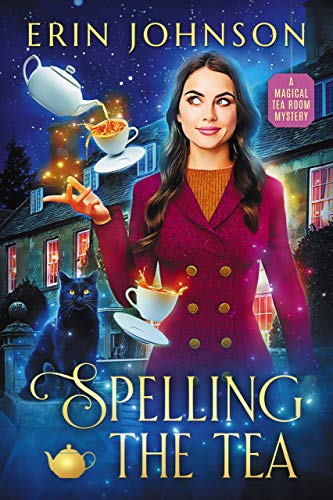 Welcome to the coziest, vampire-owned tea room in Bath! It’s steeped in magic and mystery.

You’re supposed to support your guy, right? Even if it means moving away from the watery source of your witchy magic and suffering through five years of writer’s block?

Minnie Wells thought so, until her soon-to-be-ex left her high and dry for another woman.

Now, she’s back in Bath, with the magic of the town’s enchanted springs flowing through her veins, ready to explore her newbie witch powers and pen her novel. Bath inspired her favorite writer Jane Austen, after all. Why wouldn’t it work for her?

Only catch is, once the divorce is final, Minnie will be deported back to the US (and she’ll lose her powers all over again) unless she can convince the haughty (and handsome) vampire owner of a struggling tea room to hire her.

As if her cup didn’t already runneth over with trouble, an employee drops dead during her interview. Now Minnie’s got to solve the murder to clear the cafe’s name, while figuring out a way to bring in more customers.

With the help of her vampire roommate and black cat familiar, she’s hot on the killer’s trail. But when the murderer sets Minnie in their sights, she’ll have to tap into her own inner strength (and magic) to save herself, and bring the killer to justice.

Will Minnie solve the murder and save the vampire’s tea room? Or will she find herself in hot water with the killer?

Pull your armchair closer to the cozy crackling fire, sip your steaming tea, and find out now in Spelling the Tea!

If you like charming towns, a hilarious cast of lovable characters, and twisty mysteries, you’ll love Erin Johnson’s lighthearted whodunnit. Spelling the Tea is the first book in the Magical Tea Room Mysteries. 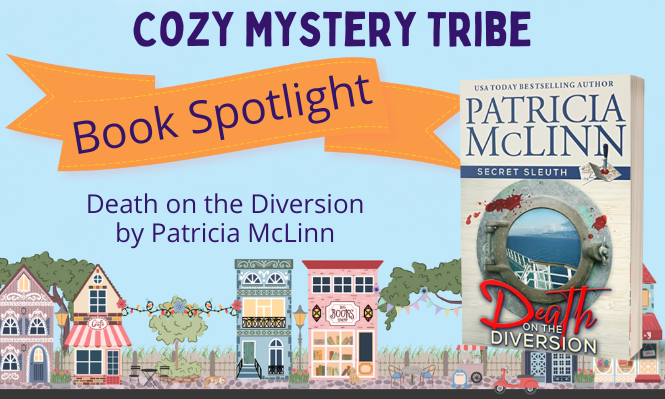 Check out Death on the Diversion by Patricia McLinn 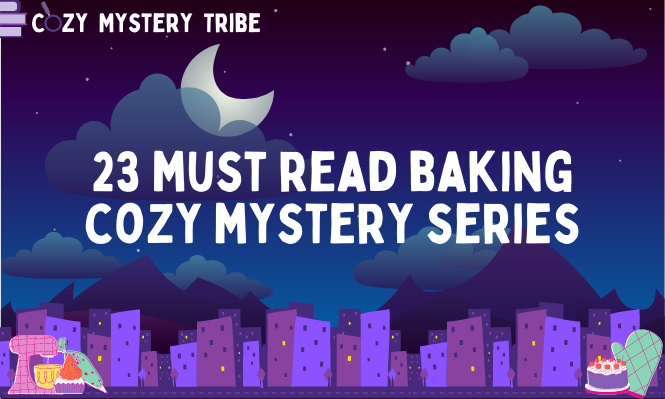 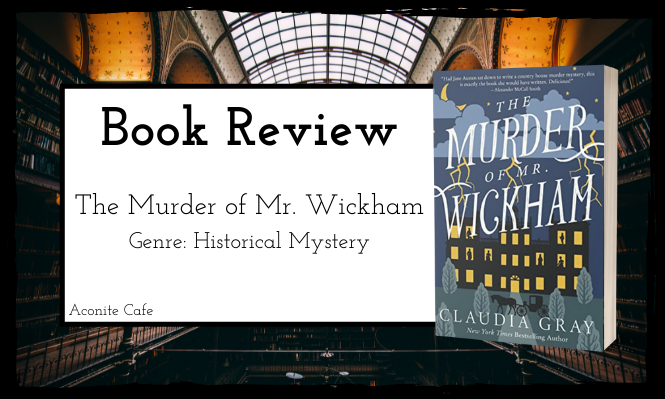